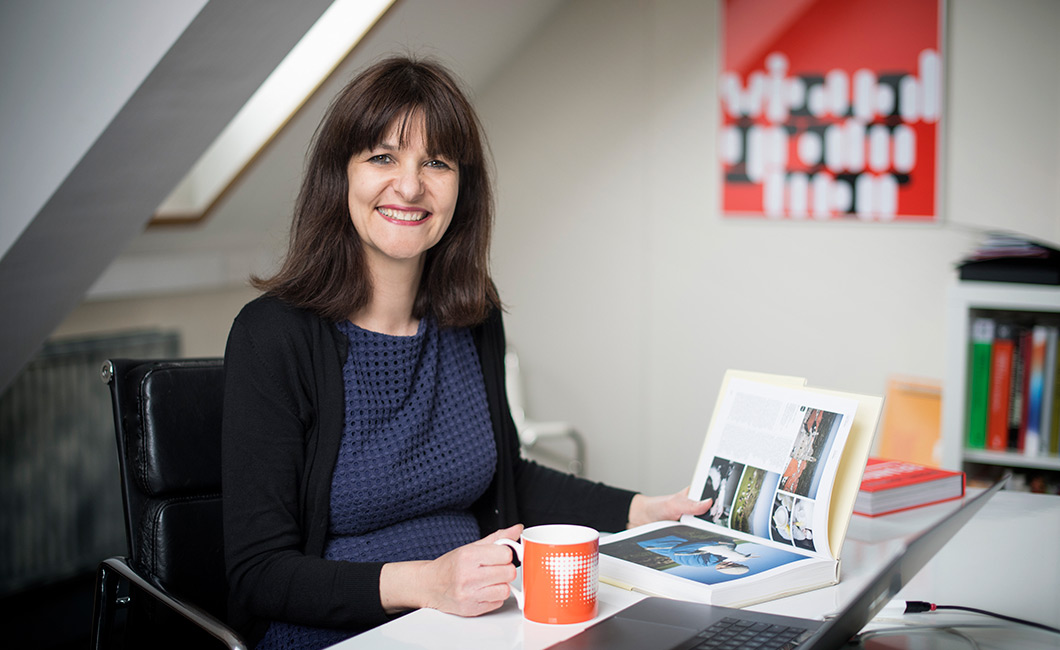 Founded in 2003, Norfolk Network is a 100 strong group of like-minded business professionals who come together each month to listen, learn and share knowledge. I caught up with Lucy Marks, Managing Director, as she prepares for their summer party.

When you first meet Lucy she radiates with warmth, generosity and kindness. She has a tireless commitment to connecting business people within Norfolk, and her dedication to inspiring and creating opportunity for the next generation of business leaders is commendable.

A musician and performer at heart, Lucy has been instrumental in driving the award-winning networking group, Norfolk Network (NN), forward for almost a decade. With the community group turning 15 next year, she reflects on what has been a professional “roller-coaster” of a journey, and the rewards and challenges running a networking group on a shoestring brings.

You describe yourself as a “relationship builder”, where did your interest in people come from?

I studied music and fell in love with performing and creativity, but found the discipline of practicing classical music incredibly hard and lonely. I did everything I could to play in different bands and busk because I liked the social side of things, which has carried on throughout my career.

When I came back to Norwich I worked for Anglia TV and the BBC in PR and hospitality roles, again loving people and creativity. I later landed a role at the UEA building a community of multi-disciplinary health professionals – it was at the beginning of the medical school being built. It was very innovative. I loved the idea of bringing people together.

NN was set up as a peer support network aimed at inspiring people starting up their own businesses in Norwich. I found the opportunity of being in the middle of a group of people from different backgrounds very exciting. I took over the running of the network in 2013 and my passion for discovering, championing and connecting people has continued to grow from there.

Norfolk Network is a not-for-profit private company so how has it kept going for 15 years without government funding?

Yes. Many people don’t realise that, we were in very difficult and uncertain times back in 2008 when feed funding from the East of England Development Agency ran out. I was prepared to run it on a shoestring and that’s when I got very interested in the education side of things and we got involved with the University of East Anglia’s (UEA) Young Entrepreneur’s Society.

I was determined to save the network for future generations. I’m not motivated by money but by bringing people together and collaborating. I knew there was value to NN. Its never been about selling to each other but about providing peer support, companionship, sharing ideas and building relationships.

My proudest moment came in 2012 when, on behalf of NN, I received the national AGCAS award for excellence in careers service engagement. This recognised the innovative, grassroots work we were doing connecting UEA students with local businesses and marked the beginning of our relationship with the UEA and City College.  Both organisations have been education sponsors ever since and in return we help support students by providing access to our events, making introductions to employers and helping them to develop employability skills, in particular learning to network.

How has a group founded on face-to-face networking survived the impact of digital?

In the early days we stood out because it was about people coming together to form genuine, long-term relationships. Back then networking groups were mostly about the hard sell. When social media came along lots of people told me no-one would come to events but I saw more people coming as they didn’t know how to use social media to build relationships. To stand out we focused on what we did best, which is building trusted relationships and sharing knowledge. People wanted to learn, be inspired and get connected. People still came because they wanted the physical interaction and social media evolved as a way of complementing and maintaining those relationships.

The interesting development to come out of digital was meet-up groups. They interested me because they were built on similar principles to NN but were based on a free-membership model.  Being a paid group made me think again about the value we gave to businesses. Most meet-ups were sector-specific focusing on skills, trends etc. We expanded our offering across sectors and on attracting businesses of all sizes. We already had a strong relationship with the universities and higher education, which was providing a good pipeline of talent for local businesses.

What do you find most challenging about running a networking group?

As a private company NN is funded through membership, sponsorship and event revenue so there’s little money. Getting people to participate is really important to the survival of NN but also really challenging. Central to the network is a culture of contribution and collaboration so, for events, members will step up and help me by giving their time and knowledge and speakers come voluntarily, which makes the network content rich and exciting. One of my skills is being able to get people to contribute and bringing all elements together but this relies on people participating and not being passive. And this is the same for online groups.

Maintaining a network of good people and growing that network is also a challenge. People will come into the network for 3 or 4 years, then as their business grows they get busier and have less time. It’s really important that I develop long-lasting relationships so they tell other people and also get colleagues to come along. Or, a few years later, they come back because they are growing their business and looking for talent from the university.

The other challenge is getting busy people to commit their time to attend an event, it has to be compelling, relevant and hit all those business messages and stages. It’s about meeting expectations. Everyone is interested in an interesting story so I aim to get high-calibre speakers with exceptional stories to tell but accessible as well. And that’s tough.

LinkedIn is a great tool for researching speakers but I also look locally. Some of the most dynamic and popular speakers have been based locally.  I always like to get a speaker who hasn’t been seen elsewhere, if you’re expecting people to pay they don’t want to see them down the road. We do share speakers with other networks but they’ll do the technical talk for them and the business talk for NN so you’ll never see the same presentation.

There’s a lot to do and I’m the only paid member of staff, which is why I rely on volunteers. Moving to St George’s Works is fantastic for us. Not only does it give us a place for events but it also gives me the opportunity to work with a creative and dynamic team. Events is where my musical and performing skills kick in. Putting on an event is a production, one minute I’ll be liaising with speakers, then I’ll be setting out chairs downstairs, then back up to put my heels on ready to greet guests before stepping up on stage. Customer experience is really important from when people walk in the door until they leave.

Where next for NN?

Face-to-face networking will remain relevant but I need to know what the next generation are thinking and what they want from the network. We’re delighted to have appointed Lauren Razavi to the NN Board. A UEA alumni with a BA (Hons) in International Relations and Politics and an MA in Creative Writing (Non-Fiction), she brings a younger outlook to NN. At just 25 she is already an award-winning freelance journalist and has co-founded Flibl, a content strategy and communications consultancy employing 10 people based in Norwich.  Having her on the board will help us shape the network for the next generation and will also help inspire other young people as they set up in business.

The next stage is definitely about learning from them and letting them run it. In the next few years we’re going to see some really interesting businesses coming out of the university and I want NN to be the catalyst for business people to meet these bright young people. I want it to survive for the next generation.