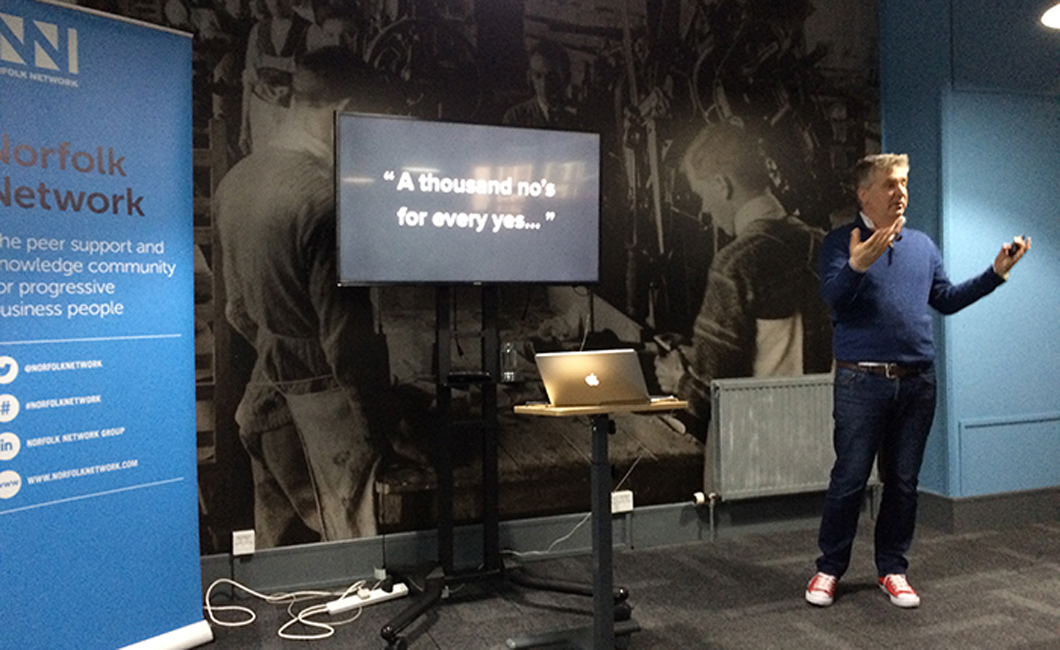 Many Norfolk Network members found they could relate to David’s non-linear career path. He told of a meandering journey, beginning at age 13 with a new computer, and including The Gap, Apple, tech start-ups and launching his current business Aitrak.

Quality as a theme was not immediately obvious to David. It was in looking back that he discovered it had become his “North Star”. To answer the question ‘What is quality?’ he began by defining what it is not.

We all know what quality is, even if we can’t define it.

Quality isn’t tangible but we know it’s there.

Quality is saying a thousand No’s for every Yes

Read the full report on the Norfolk Network website